Your browser is out-of-date!

Update your browser to view this website correctly. Update my browser now

Emotions of the "nuclear" summer

Recent weeks, the world media is focused on possible nuclear conflict between the United States and the North Korea. The nuclear program success of the last one allows a nuclear attack on the United States in 15 minutes. In the beginning of this week this problem was sounded sharply also in Ukraine, as the investigation of the authoritative American edition The New York Times set that North Korean rocket engines could be manufactured in Ukraine at the Southern Machine-Building Plant. At the same time, many analysts and experts are trying to figure out whether the nuclear conflict threat is real and whether it is barely a geopolitical bluff.

Corestone analyzed statements made by representatives of the United States, the North Korea and Ukraine around possible nuclear conflict.

Volodymyr Groysman was the most emotional, he also emitted the greatest joy. The North Korea and CIA director were emotionally restrained, at the same time joy and wonder were dominant on their faces. Donald Trump was unusually restrained, but his emotional fluctuation index was the biggest one. Trump's dominant emotions were surprise and anger. 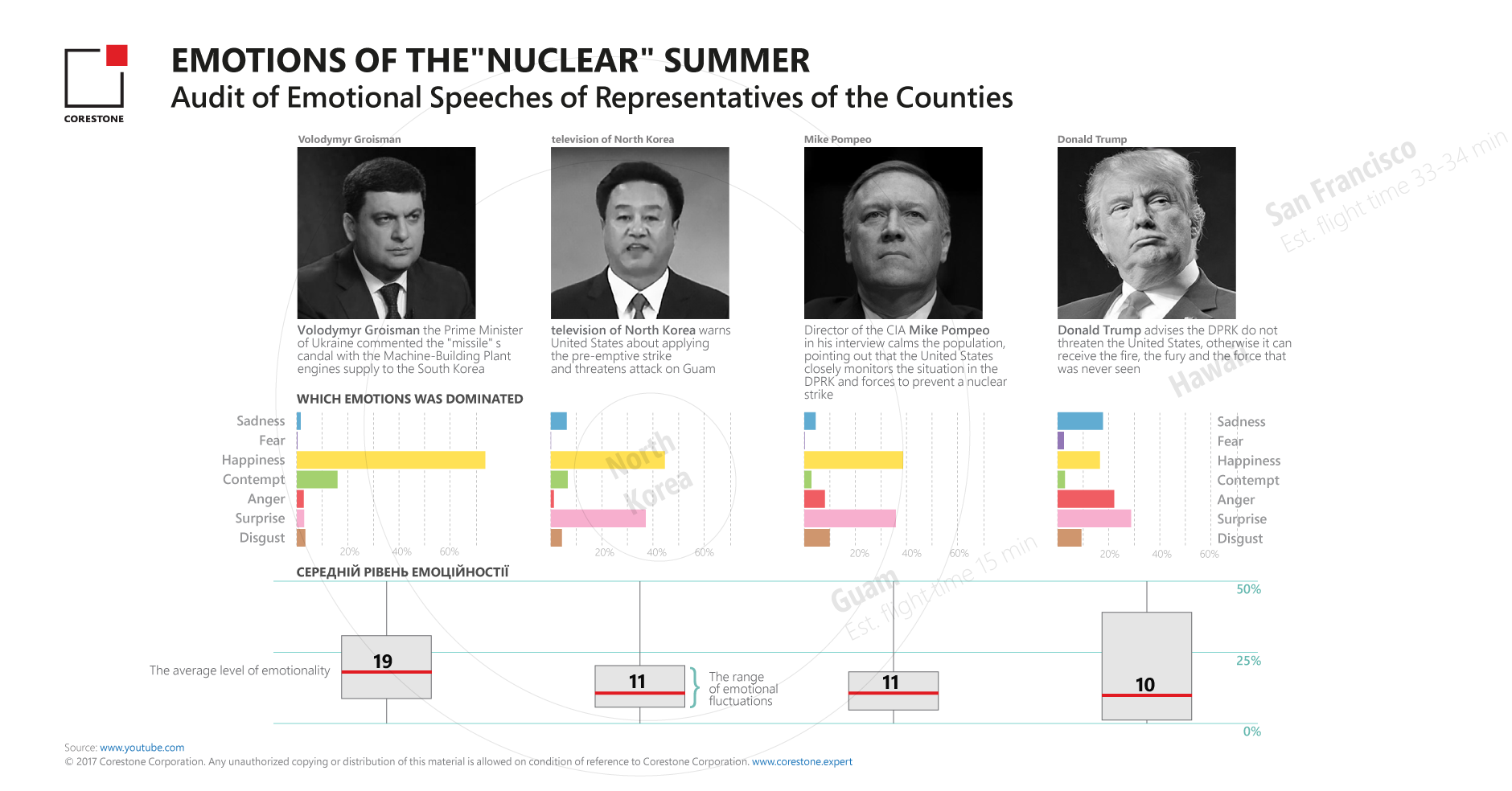 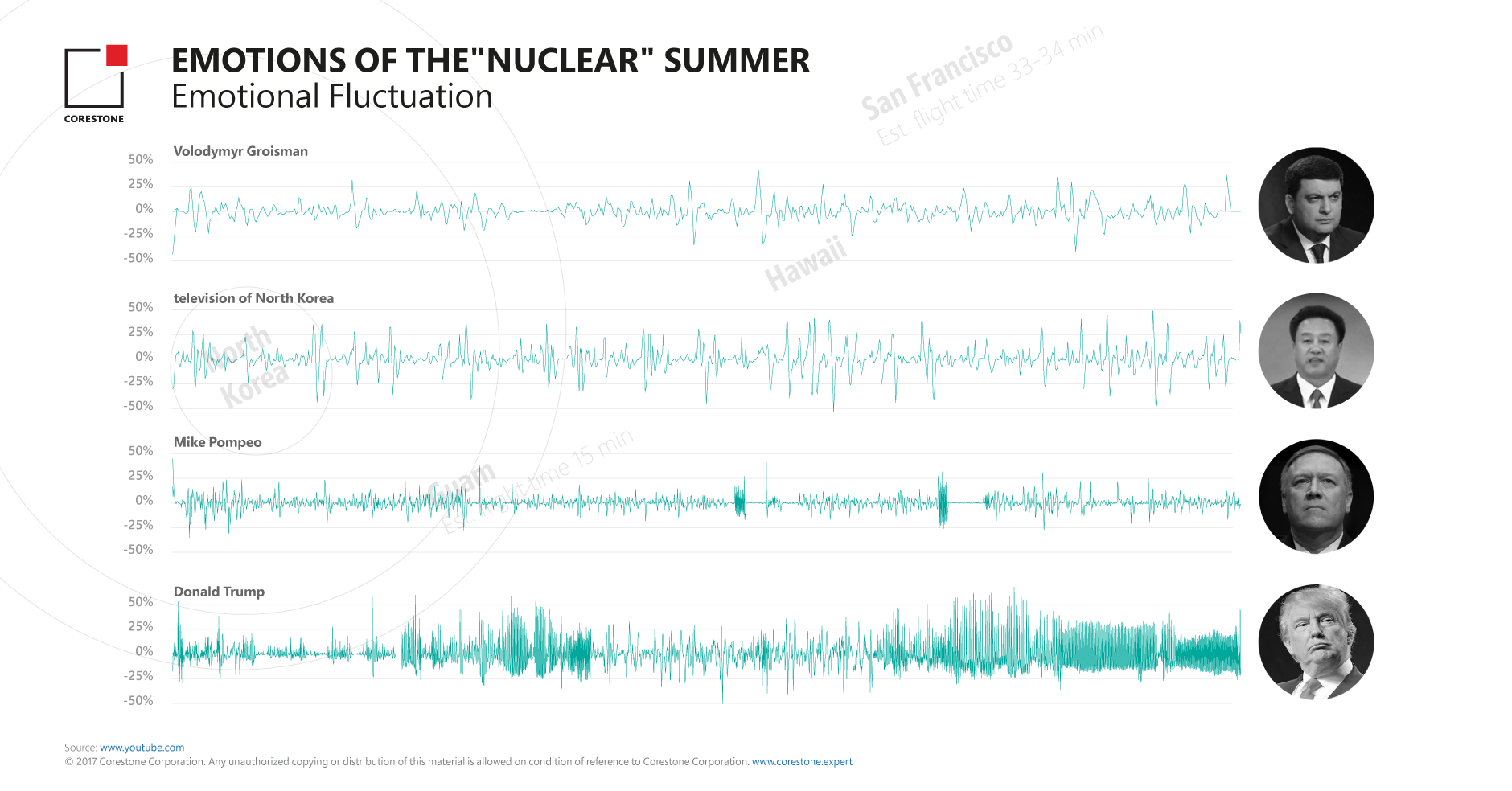 The most emotional was Donald Trump. This is normal for him, as shows our previous scans of his emotions. Trump is the only one of all the speakers who has dominated with negative emotions (first of all, anger). 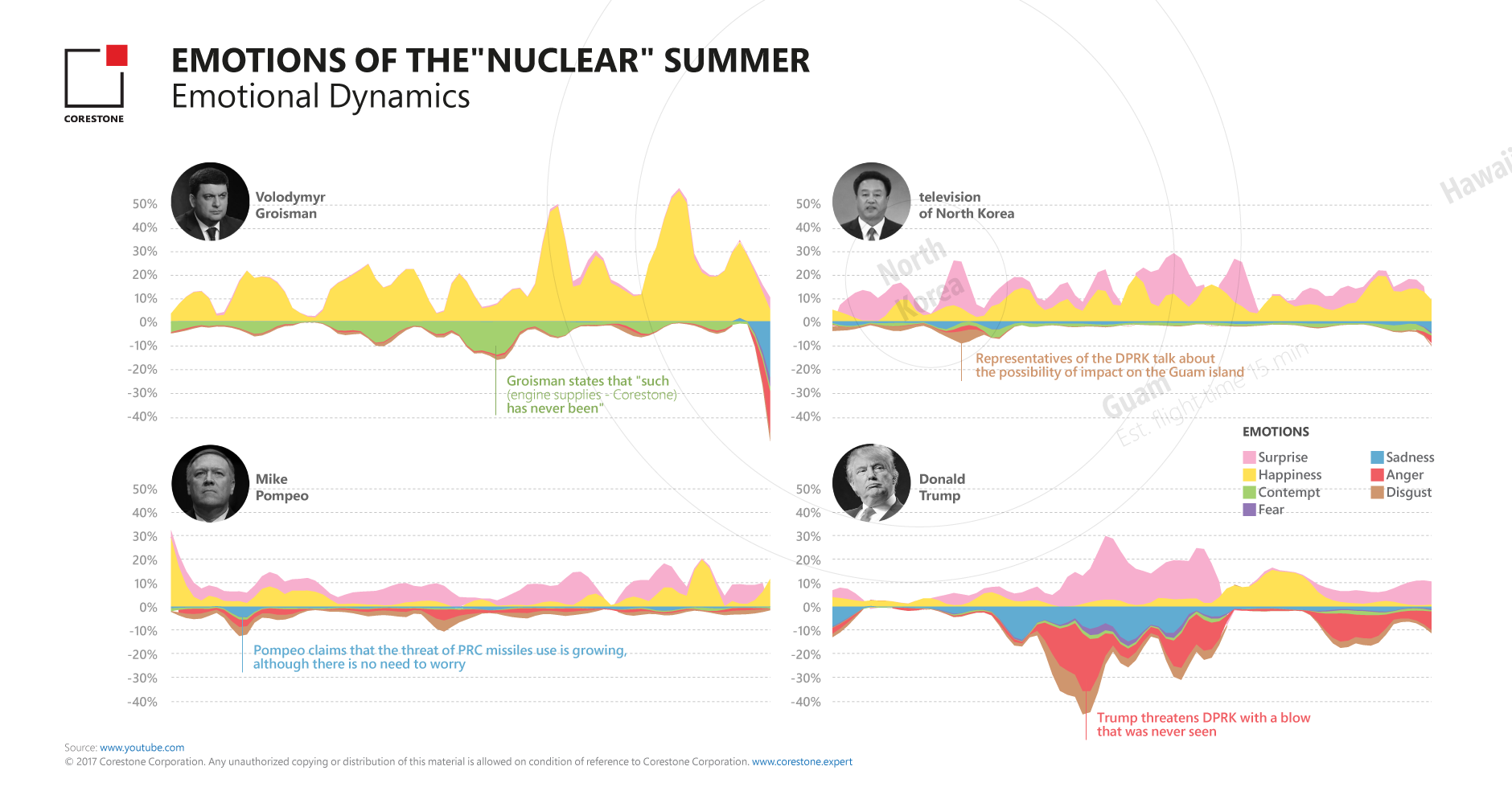 Thus, scanning of the speakers emotions talking about a nuclear conflict shows that a possible war causes them a suspiciously positive emotional gamma.